More speakers will be announced in the coming weeks.

Bruce Landsberg became the Vice Chairman of the National Transportation Safety Board on August 7, 2018, making him the 43rd Member of the board.  Prior to the NTSB Bruce was the Executive Director of the Air Safety Foundation until 2010. He then became president of the AOPA Foundation and Air Safety Institute until he retired in 2014. Under his leadership, the organization received international recognition and numerous awards for promoting light aircraft safety.  In addition to promoting the benefits of simulator training at Flight Safety International, he also developed an airline pilot transition program for first officer candidates through close collaboration with numerous regional airlines.  He served in the U.S. Air Force as a missile launch officer and many government committees promoting aviation safety, including NASA’s Aviation Safety Reporting System. 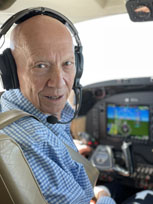 Bill Crutchfield received his Student Pilot’s License in 1962.  Since then he has flown a variety of aircraft ranging from a Piper PA-18 Cub to his King Air C90B which he bought new in 1997.  Bill was the Opening Session keynote speaker at the 2012 NBAA convention and the keynote speaker for the Single Pilot Safety Standdown at the 2018 NBAA convention.  He is a holder of the FAA’s Wright Brothers Master Pilot Award.  Bill may be better known because of his business.  In 1974, he founded Crutchfield in his mother’s basement with only $1,000 in savings.  The company has grown into one of the largest and most respected consumer electronics online retailers in North America.  As a result, Bill was inducted into the Consumer Technology Association’s Hall of Fame in 2007.  During the Vietnam War, Bill served as a commander of a Titan II ICBM missile crew. He separated as a Captain in 1970. 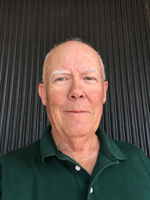 Tom Clements – Tom has been flying and instructing in King Airs for over thirty-eight years, first at the Beechcraft factory and, since 1979, with his own company, Flight Review, Inc. Along the way, he has been a corporate pilot and has flown worldwide.  Tom has over 22,000 hours with more than 14,500 in King Airs. He is type-rated in the BE-300, BE-1900, Learjet, DC-3. He is a Gold Seal CFI. He is the author of The King Air Book and The King Air Book Volume II, available at www,kingairacademy.com. He and his wife, Pam, live in Scottsdale, Arizona, and spend summer months in Westcliffe, Colorado. He can be contacted at tom@kingairacademy.com. 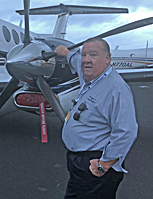 Dean Benedict – Beech hired Dean in 1975, straight out of A&P school. He cut his teeth on the earliest 90s and “grew up” with the 200, the B200, and subsequent models. He went from line mechanic to facility manager, but customers never let him stray far from his toolbox or their aircraft. In 1985, as DOM for a corporate flight department, he maintained King Airs, Barons, a turbine Beaver (converted by Dean), and an Aerobat. These gave way to Citations, Bell and Astar helicopters, and assorted twins and singles. In 18 years, no flights were missed for maintenance reasons. Meanwhile, customers from his Beech days dogged him on evenings and weekends. Finally, Dean opened his own shop. Word spread quickly and Honest Air Inc. became the place to take your King Air for maintenance. “Excellence at a Fair Price” was the motto. After a lease buyout by the landlord, Honest Air closed its doors in March 2016. In his new venture, BeechMedic LLC, Dean consults with owners, pilots, managers, and mechanics on all their King Air concerns 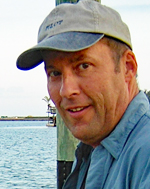 Paul Sneden – Paul has been involved with General Aviation since 1972 in numerous roles including aircrew and maintenance. After spending early years serving as a co-pilot and maintenance manager for an E90 King Air, a four-year hiatus with the US Air Force gave him the formal training for both instruction and Avionics. Paul has a diverse background including Line Maintenance, Avionics, Project Management, and Quality Assurance. He has been instructing in King Airs, Aircraft Wiring, and Maintenance FARs since 2006. His current Business, KingAirDOM LLC, guides King Air owners and operators through the maze of pre-purchase, required inspections, maintenance, tracking, and vendors while controlling maintenance costs. 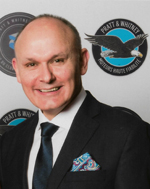 Robert Winchcomb – Robert has been with Pratt & Whitney for over 25 years. He began his career as an Aircraft Maintenance Technician and working with the PT6A since 1985. He joined P&WC in 1994 as a Field Support Representative in Brisbane, Australia, and moved within P&WC in various Customer Support Departments including; Field Support, Warranty, Service Center, Fleet Manager, DPHM, and now a Manager with PT6A Customer Service. Robert’s specialties include P&WC Engine Diagnostics and PT6A Engine control rigging. 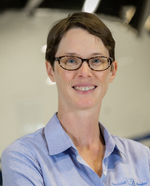 Kim Burton – Kim leads Textron’s Turboprop product support department (Team Turboprop). Located at Wichita’s service center, this passionate team of experts fields thousands of calls and emails every month providing technical assistance to King Air owners, pilots, operators, and mechanics all around the world. Kim is a private pilot and electrical engineer who joined Textron 17 years ago to integrate and certify new avionics systems on production models. She is proud to be a part of the ever-growing King Air community that keeps this reliable fleet up to date and in the air. 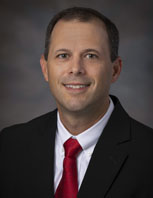 Peter Basile – As a senior Air Safety Investigator at Textron Aviation, Peter Basile is responsible for assisting the National Transportation Safety Board during their on-site investigations and for providing technical support to answer any questions concerning our products.  He has participated as an NTSB party member on over 200 investigations ranging from Cessna 140s and Beechcraft Musketeers to current production King Airs and Citation jets.  Peter began his career with Cessna in 2001 as a Manufacturing Engineer.  He supported the Citation Bravo 550 and Citation Encore 560 production lines and worked on the Citation Mustang 510 during the prototype phase.  In 2005, he began investigating aircraft accidents.  In 2015, Peter served on the General Aviation Joint Steering Committee for System Component Failures of Powerplants to develop safety enhancements and intervention strategies.  He instructs at the NTSB academy and the DOT Transportation Safety Institute.  He has presented safety information for the Citation Jet Pilots Association, the Twin Cessna Flyer organization, the General Aviation Air Safety Investigators annual workshop, and at FAA-sponsored Airframe and Powerplant mechanic Inspection Authorization conferences.   Peter earned a Bachelor of Science degree in Aircraft System Design Technology and a Master of Science degree in Aviation Safety from the University of Central Missouri.  He holds a private pilot certificate with an instrument rating and an A&P mechanic certificate with Inspection Authorization.